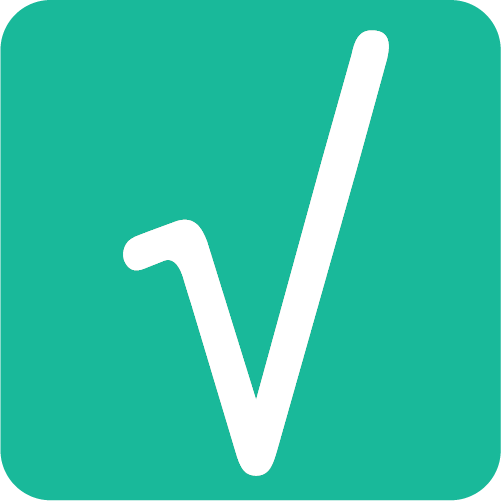 Hello! You can view the document template below.

Please sign in before filling in inputs and generating a document!

CERTIFICATE OF INCORPORATION
OF
V_FIELD_COMPANY_NAME_UPCASE
The undersigned, a natural person (the “Sole Incorporator”), for the purpose of organizing a corporation to conduct the business and promote the purposes hereinafter stated, under the provisions and subject to the requirements of the laws of the State of Delaware hereby certifies that:
I.
The name of this corporation is “v_field_company_name”.
II.
The registered office of the corporation in the State of Delaware shall be “v_field_de_registered_office_address_verbose,” and the name of the registered agent of the corporation in the State of Delaware at such address is “v_field_de_registered_agent_name”.
III.
The purpose of this corporation is to engage in any lawful act or activity for which a corporation may be organized under the Delaware General Corporation Law.
IV.
This corporation is authorized to issue only one class of stock, to be designated Common Stock. The total number of shares of Common Stock presently authorized is v_field_authorized_common_shares_text (v_field_authorized_common_shares), each having a par value of v_field_common_stock_par_value.
V.
A. The management of the business and the conduct of the affairs of the corporation shall be vested in its Board of Directors. The number of directors which shall constitute the whole Board of Directors shall be fixed by the Board of Directors in the manner provided in the Bylaws.
B. Election of Directors
1. Directors shall be elected at each annual meeting of stockholders to hold office until the next annual meeting. Each director shall hold office either until the expiration of the term for which elected or appointed and until a successor has been elected and qualified, or until such director’s death, resignation or removal. No decrease in the number of directors constituting the Board of Directors shall shorten the term of any incumbent director.
2. No person entitled to vote at an election for directors may cumulate votes to which such person is entitled unless required by applicable law at the time of such election. During such time or times that applicable law requires cumulative voting, every stockholder entitled to vote at an election for directors may cumulate such stockholder’s votes and give one candidate a number of votes equal to the number of directors to be elected multiplied by the number of votes to which such stockholder’s shares are otherwise entitled, or distribute the stockholder’s votes on the same principle among as many candidates as such stockholder desires. No stockholder, however, shall be entitled to so cumulate such stockholder’s votes unless (A) the names of such candidate or candidates have been placed in nomination prior to the voting and (B) the stockholder has given notice at the meeting, prior to the voting, of such stockholder’s intention to cumulate such stockholder’s votes. If any stockholder has given proper notice to cumulate votes, all stockholders may cumulate their votes for any candidates who have been properly placed in nomination. Under cumulative voting, the candidates receiving the highest number of votes, up to the number of directors to be elected, are elected.
C. Removal. Subject to any limitations imposed by applicable law, the Board of Directors or any director may be removed from office at any time, with or without cause, by the affirmative vote of the holders of a majority of the voting power of all then-outstanding shares of capital stock of the corporation entitled to vote generally at an election of directors.
D. The Board of Directors is expressly empowered to adopt, amend or repeal the Bylaws of the corporation. The stockholders shall also have power to adopt, amend or repeal the Bylaws of the corporation; provided, however, that, in addition to any vote of the holders of any class or series of stock of the corporation required by law or by this Certificate of Incorporation, such action by stockholders shall require the affirmative vote of the holders of at least a majority of the voting power of all of the then-outstanding shares of the capital stock of the corporation entitled to vote generally in the election of directors, voting together as a single class.
VI.
A. The liability of the directors for monetary damages shall be eliminated to the fullest extent under applicable law. If applicable law is amended after approval by the stockholders of this Article VI to authorize corporate action further eliminating or limiting the personal liability of directors, then the liability of a director to the Company shall be eliminated or limited to the fullest extent permitted by applicable law as so amended.
B. To the fullest extent permitted by applicable law, the Company is authorized to provide indemnification of (and advancement of expenses to) directors, officers and agents of the Company (and any other persons to which applicable law permits the Company to provide indemnification) through Bylaw provisions, agreements with such agents or other persons, vote of stockholders or disinterested directors or otherwise in excess of the indemnification and advancement otherwise permitted by such applicable law.
C. Any repeal or modification of this Article VI shall only be prospective and shall not affect the rights or protections or increase the liability of any director under this Article VI in effect at the time of the alleged occurrence of any act or omission to act giving rise to liability or indemnification.
VII.
The corporation reserves the right to amend, alter, change or repeal any provision contained in this Certificate of Incorporation, in the manner now or hereafter prescribed by statute, and all rights conferred upon the stockholders herein are granted subject to this reservation.
VIII.
The name and the mailing address of the Sole Incorporator is as follows:
v_field_de_incorporator_name
v_field_de_incorporator_address
* * * * *
In Witness Whereof, this Certificate has been subscribed as of this v_field_date_sentence by the undersigned who affirms that the statements made herein are true and correct.
v_sig_de_incorporator

2. Who signs? This document should be signed by the incorporator of the company. If it was prepared through Valcu, it has already been signed.

3. Can this document be signed electronically? Yes.

5. What do I do with the document after it has been executed? Include the signed copy and the copy that is file stamped by the Delaware Secretary of State (when it becomes available for download) in the company's corporate records.

6. How can I tell when the Delaware Secretary of State has processed this and the company begins its existence? The company will be listed on Delaware's website.